This year is Beadware's 15th Anniversary.  I have been beading for much longer than that, but it was 15 years ago that I incorporated and became an actual business. My records go back to the date I incorporated and it is fun to look at some of the to-date numbers. For instance, I have made 5257 pairs of earrings, 1236 necklaces and 1509 bracelets. The crazier part is over 90% of those have been sold!

I began beading when I was a teenager. I liked making things for myself and as gifts for friends. Seed beads and daisy chains were all the rage (does that date me?) I used to order supplies from Gloria's Glass Garden in Berkley CA. I still have an example of the "groovy" packaging and one of the daisy chains. 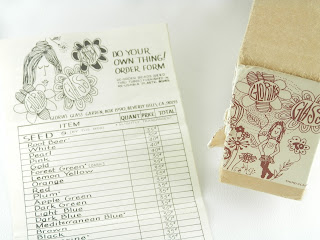 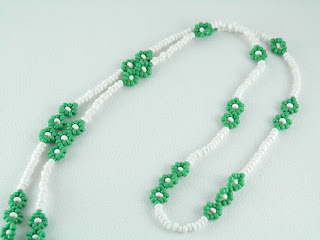 As I got older, my interests changed and the beads got packed away. Many years later my interest in beading was re-ignited when I came across that box of beading supplies tucked away in a closet. Naturally I had to dive right back in! I gave things as gifts to friends and family. Looking back at photos, I realize how nice my friends were because some of that work was just plain awful! But I continued on and with practice improved my skills and designs.

After many years of giving my work as gifts I ventured into the world of the small business entrepreneur and Beadware was born. I was between jobs and someone suggested I try selling my wares. I sent out invites for a December home party to everyone I know and worked for a solid three weeks making things. I was amazed at the response. Here are some photos from that first show. 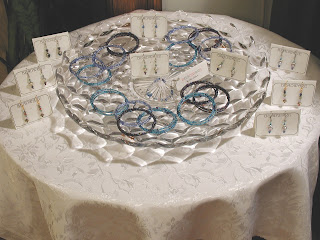 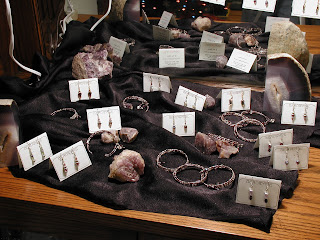 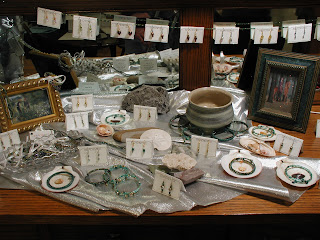 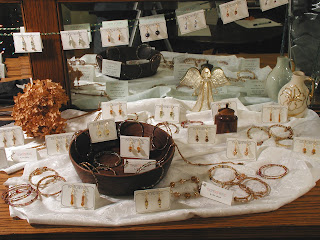 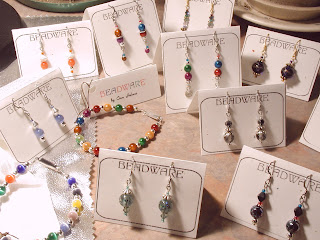 After the first of the year I visited my local Small Business Administration office to learn how to become a business. Beadware was incorporated soon after that.  Tune in tomorrow for part II.
Posted by Ann at 7:25 AM

Email ThisBlogThis!Share to TwitterShare to FacebookShare to Pinterest
Labels: history