Ocean Jasper is known as a stone of happiness. It bestows clarity whilst also promoting positive thoughts and actions. It helps to release stress and bitterness and is beneficial to those who suffer from depression as it lifts the cloud of darkness. Its power lies in its ability to awaken the individual to self destructive tendencies or addictive traits which are harmful to ones well being. In a healing capacity it works on the endocrine, glandular and immune system. It is also beneficial for circulation and the digestive system.

(Note: all of these have sold) 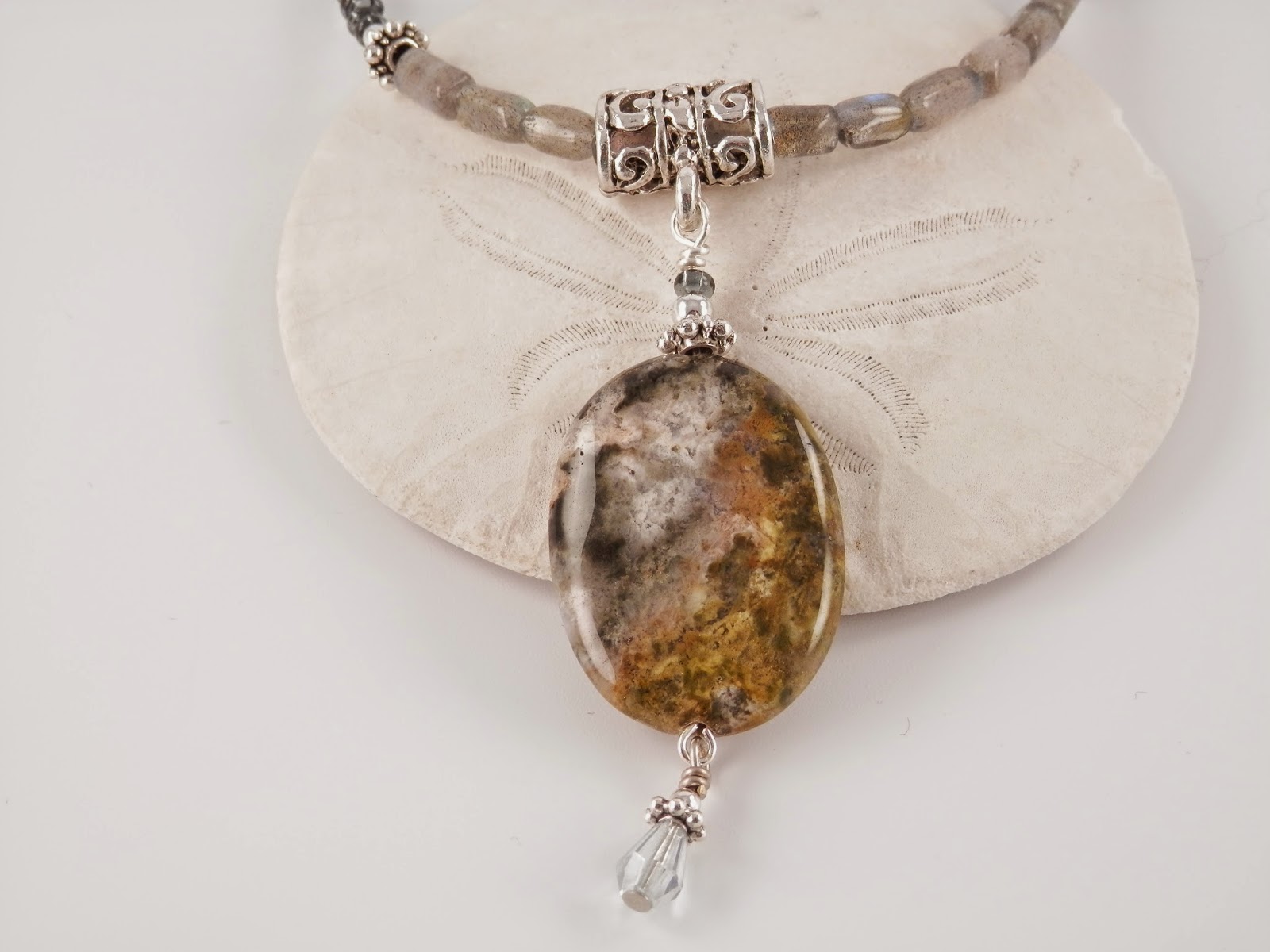 Here I have added labradorite. This is a stone of magic, power and good luck. For healing ability it helps develop the hands' sensitivity, making it useful for physiotherapists and all who use the power of touch to heal. It is also helpful in treating eye and brain disorders, and helps regulate metabolism and the digestive process. It can be effective in alleviating bone issues, disorders of the spinal column and the wear and tear of the joints. Rheumatism and arthritis may also benefit from this stone's healing powers. 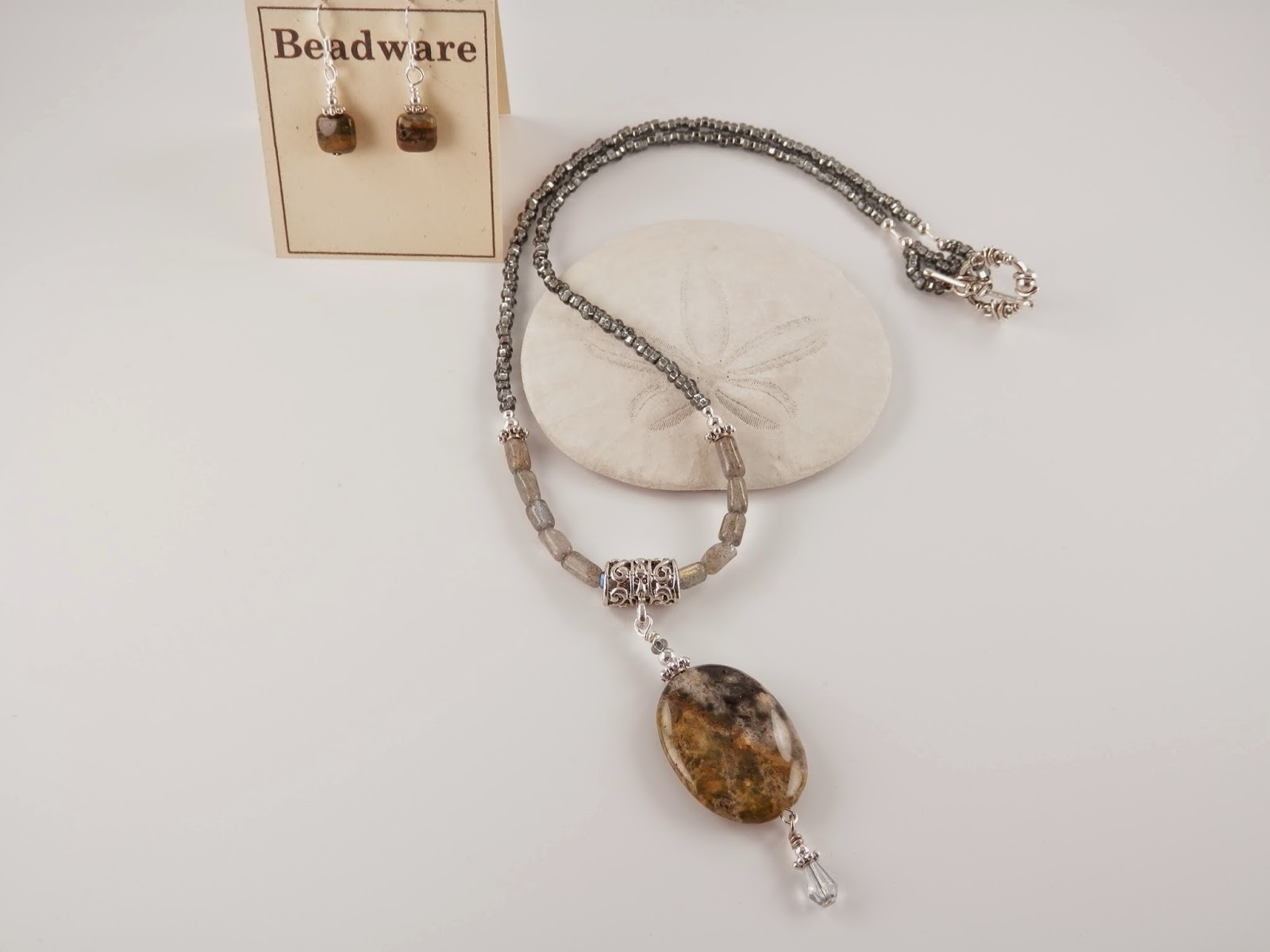 Labradorite's mystical ability includes awakening one's own awareness of inner spirit, intuition and psychic abilities. It tempers the negative side of our personality, the traits and actions that rob our energy and may produce depression or shame. it allows you to see through illusions and determine the actual form of your dreams and goals. This stone also stimulates enthusiasm and imagination.

According to an Eskimo legend, the Northern Lights were once imprisoned in the rocks along the coast of Labrador. It is told that a wandering Eskimo warrior found them and was able to free most of the lights with a mighty blow of his spear. Some of the lights were still trapped within the stone, and thus we have today the beautiful mineral known as labradorite. 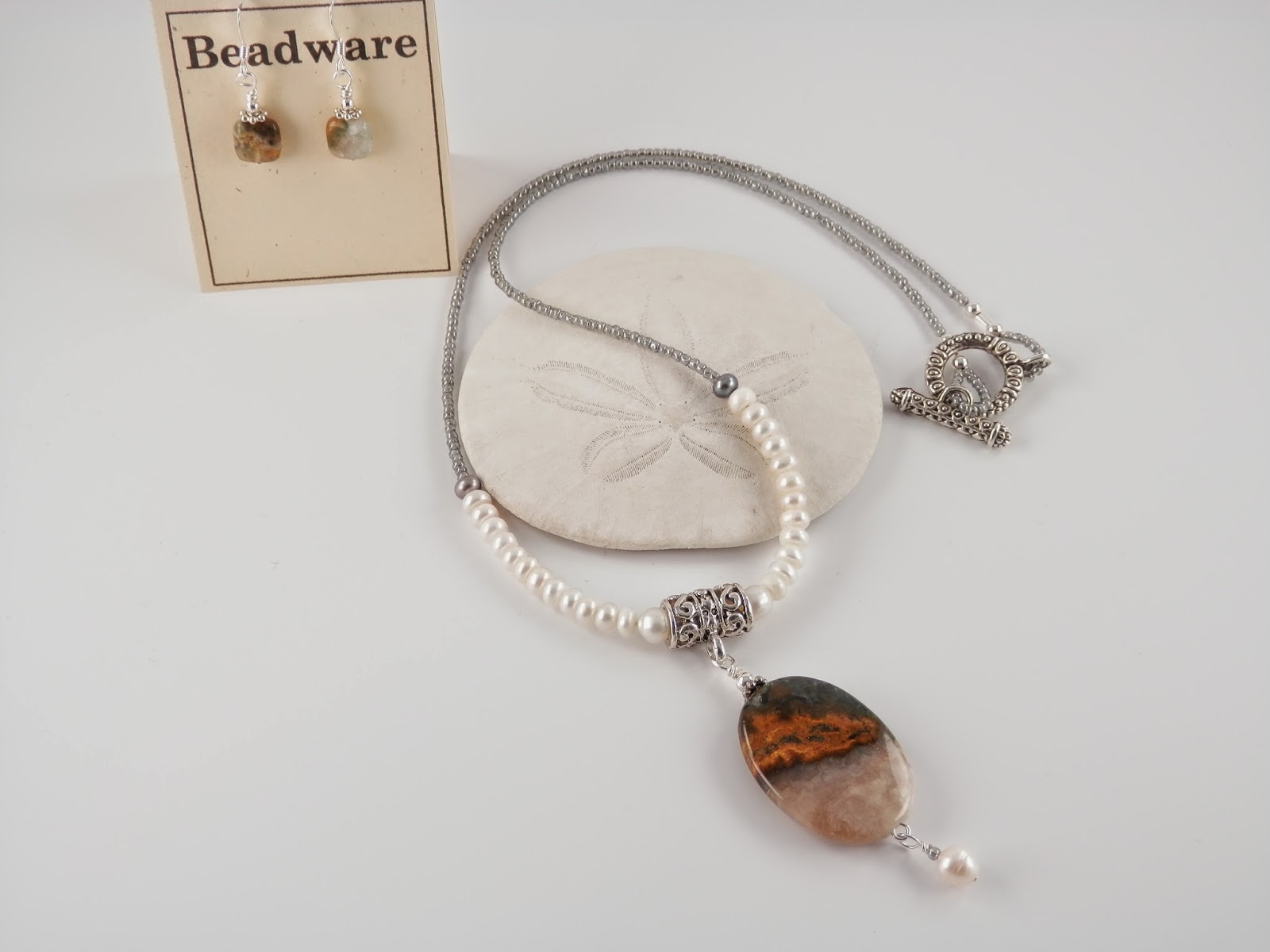 This ocean jasper pendant hangs on a strand of freshwater pearls and grey glass seed beads. 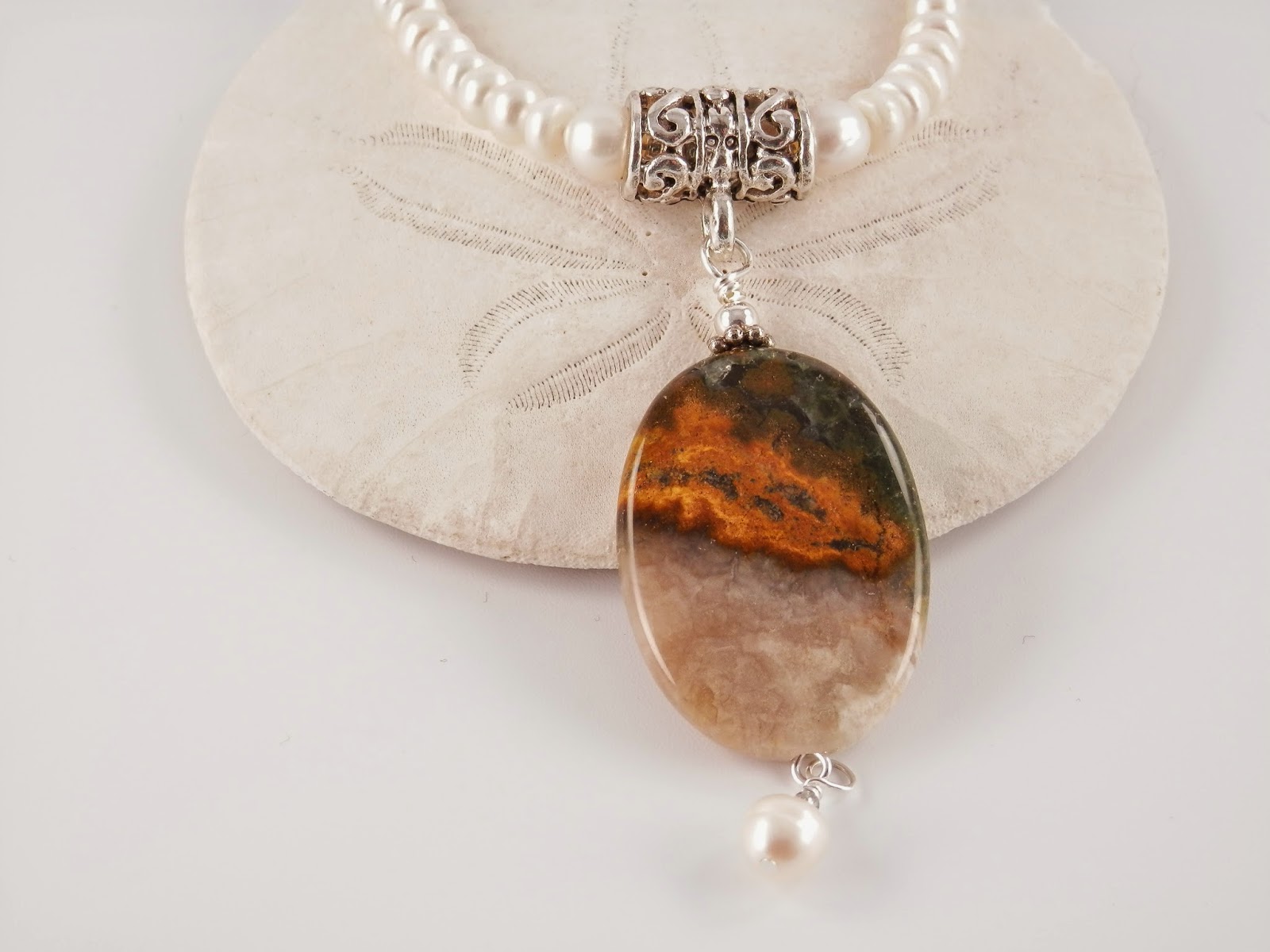 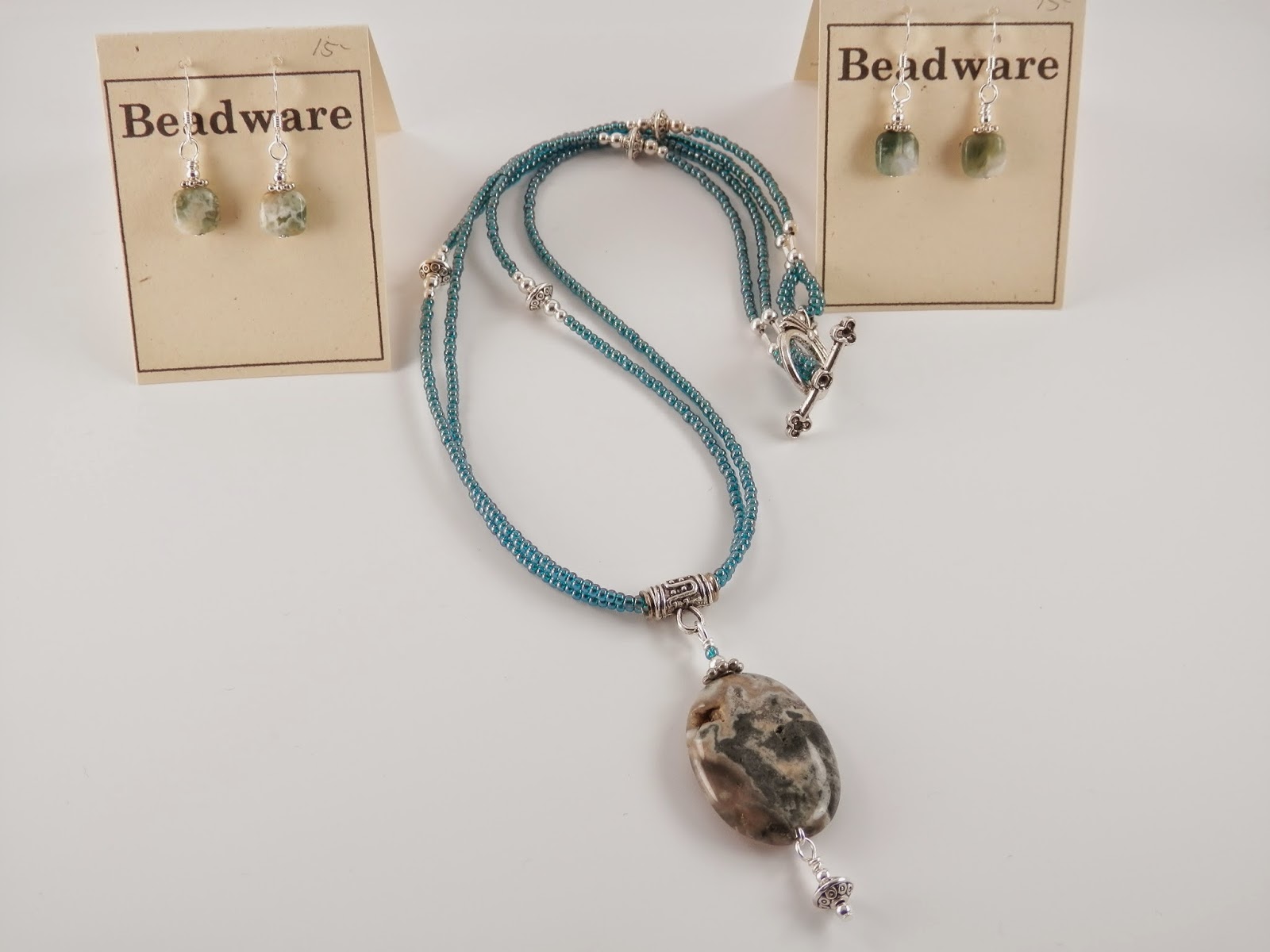 These stones remind me of what you might see out the window of a spaceship, looking down at a world from above. If you look closely at this one you can see an inclusion of crystals, similar to a geode. The metal beads and toggle clasp are pewter. 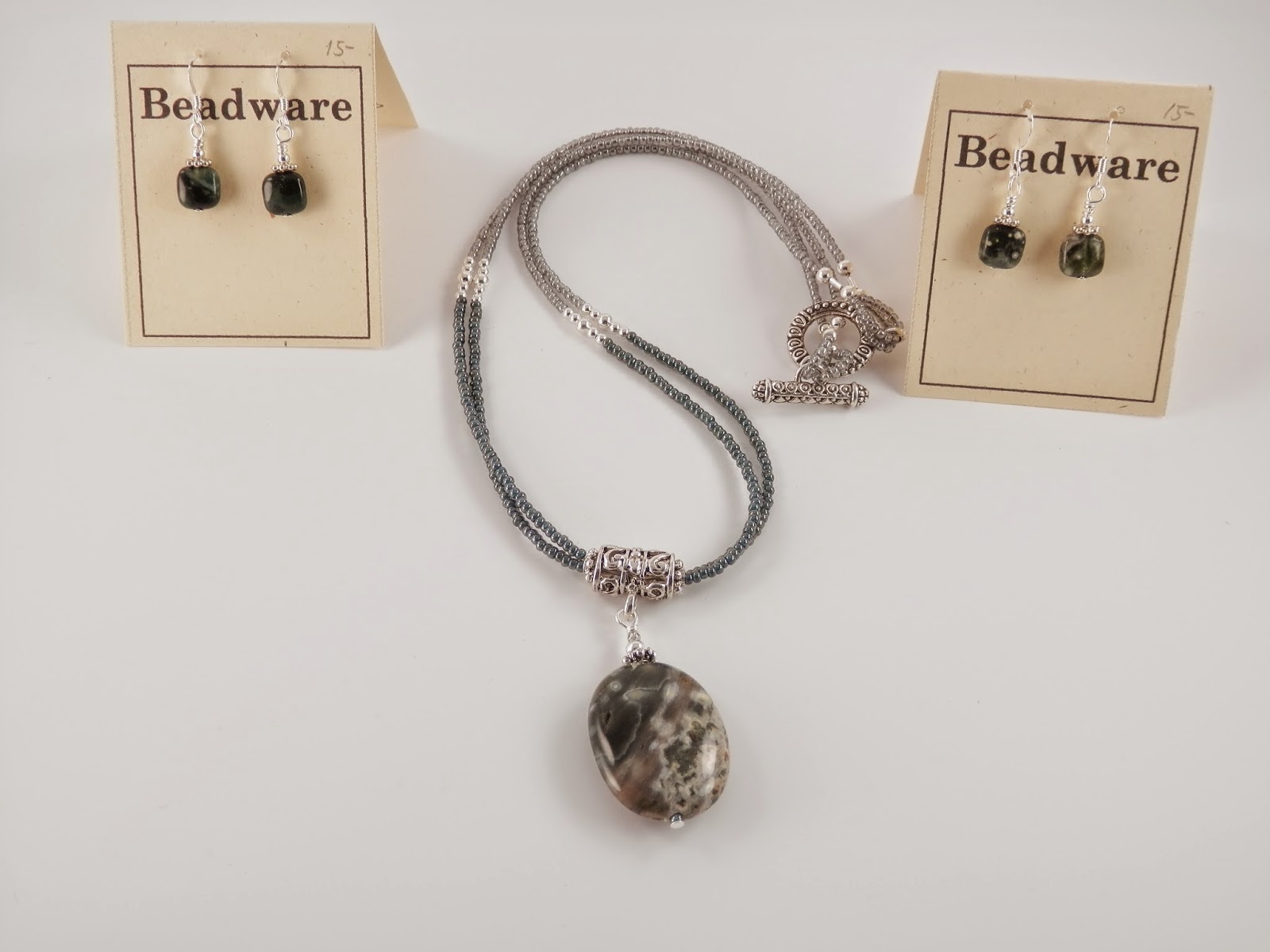 This pretty one sold its first day on display.

As always the stone trivia presented here is not meant as medical advice.
Posted by Ann at 9:03 AM