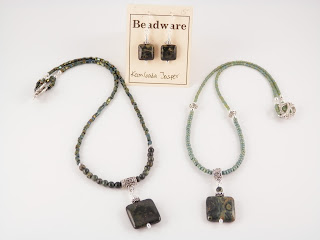 The one on the left has sold.

This is such a cool stone! Kambaba Jasper (also called crocodile jasper) is a rare fossilized jasper from Madagascar. It is a stromatolite jasper, which means that it is composed of fossilized algae. Stromatolites, colonial structures created by cyanobacteria (commonly called blue-green algae) are among the oldest fossils on earth, being found in rocks over 3 billion years old. Once the dominant life form on the planet, Stromatolites are now found in only a few places, such as Madagascar. Cyanobacteria form these mound-like structures by growing through sediment, binding the particles together resulting in successive layers which, over very long time periods, may harden to form rocks. These structures may be from fractions of an inch to several feet in diameter. 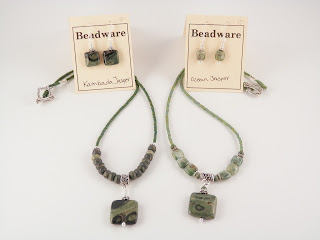 Cyanobacteria were likely responsible for the creation of earth's oxygen atmosphere. They were the dominant life form on Earth for over 2 billion years. Today they are nearly extinct, living a precarious existence in only a few localities worldwide. Fossil stromatolites constitute our earliest and most pervasive record of life on Earth. Although many stromatolites are fossils, there are a number of locations on the modern-day Earth where Stromatolites are still forming. 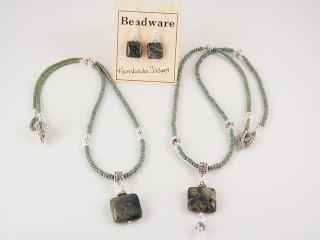 This stone calms emotions and brings balance and relaxation, and like all jaspers, it is a stone of protection and grounding. It promotes rational thinking and teaches the wearer to have empathy with the feelings of others. It aids in the ability to deal with difficult situations and helps turn thoughts into actions. It also works on stimulating creativity whilst encouraging self discipline to complete endeavors or projects which have lost their original excitement. In a healing capacity it aids the circulation and digestion and detoxifies the blood. 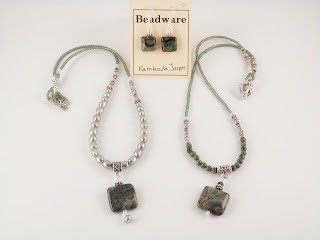